Are you a first-time mom struggling to decide whether to breastfeed or formula feed? It can be a tough choice, especially with all the horror stories out there. When I was trying to decide, so many women were telling about how they had hoped to and it just didn’t work out.

I was terrified that I would get my hopes up and it wouldn’t work for us! I owe so much to my mother, sister-in-law, and the wonderful lactation consultants and nurses who worked so hard to make sure I got all my questions answered, my struggles validated, and my fears dissolved.

1. It seriously hurts at first, but it doesn’t last long. If you can figure out a correct latch (we couldn’t for the longest time, so we suffered a lot longer than necessary), you should be doing well in no time. In the meantime, let your breasts breath, invest in “soothies” or ice packs, and keep that baby on there no matter how much it hurts.

2. Once your milk comes in 3-5 days after delivery, you will be engorged for a week or so. It hurts & you will probably leak everywhere. Just arm yourself with plenty of breast pads, and you’ll make it through. The leaking usually calms down within the first month.

3. Your milk will regulate itself at about 6 weeks. It will feel like you’ve lost your milk, but you’re really just making what you need instead of an excess. Your breasts have figured out exactly what your baby is taking (they had no idea if you had a premie, a sumo wrestler, twins, or quadruplets!) and are making it at demand. Around this time, you might begin to feel the “letdown” reflex happening each time your baby latches (and occasionally when you think about him or her!)

4. What you pump isn’t always what you make. Baby feeds much more efficiently, so don’t be too discouraged if you don’t pump much. I still struggle with this one, as it is OH so tempting to use the pump as a scale of how good of a milk maker you are. But trust me, a little plastic contraption is nowhere near as effective as a milk-sucking creature doing what he was made to do.

5. The only evidence baby isn’t getting enough to eat is if he has less than 6 wet diapers a day or is losing weight. After 6 weeks, breastfed babies can go as long as 10-12 days without a bowel movement.

6. When baby fusses at your breast, that doesn’t necessarily mean you don’t have milk. First, check if he needs to burp or fart. Built up gas will distract a baby from eating. If his diaper is dry, he isn’t too cold or hot, and he isn’t gassy – the most likely explanation is that he is growing and is telling your breasts to make more milk. Just keep feeding him until he falls asleep! Sometimes they will feed for hours. Just let them lead the way.

7. Feeding on demand is best. One boob a feeding or both, it doesn’t really matter. Feed your baby when he shows signs of hunger and go at it until he looks drunk and happy. If that’s after one breast, leave it at that. If it takes five breasts sometimes….so be it. If you let your baby be the leader, then your body will follow along and know exactly what he needs.

8. You will probably have a slacker boob. I have one breast that (when pumped) makes a perfect 24 oz. per day. My other one, however, would surprise me if it even makes 10 oz. in a day. I’ve asked many other mothers about this out of concern, and apparently, a slacker boob is a normal occurrence. I have no idea why this is the case, but my baby is happy! I guess that’s all that matters.

9. Feeding in public is really frightening at first. It gave me panic attacks a couple times when he wanted to eat at extremely inconvenient times. My mother assured me it would get better – and it did! At 8 weeks I was able to whip out the boob in public, without a cover of any kind, like an old pro. It takes a bit of practice, but soon it will become a habit.

10. Do yourself a favor and befriend a local lactation consultant. It is literally their job to make sure your boobs are doing theirs. You can ask them absolutely anything, whether it seems stupid or not. Even if they have most of the same advice you would get from the internet or a facebook group, they will be able to LOOK at your baby, your breast and watch your feeding and get a much better idea of what is going on.

Overall, breastfeeding has been a tremendous experience for me! It has not been without some rough patches, tears or doubt… but neither has motherhood in general. If you’re hoping to breastfeed, remember that you are more likely to succeed if you have the right TOOLS, lots of INFORMATION, and tons of SUPPORT. If you have those things, the only other thing you need is MOTIVATION. And momma, the best motivation will be when you see that cute little baby for the first time. Knowing that you are now in charge of giving this little human the best start will make you capable of things you never could have imagined. ❤ 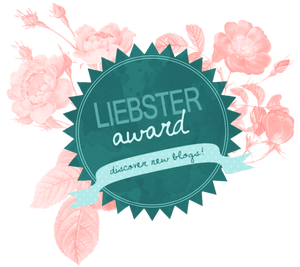